AIS on your Android or iPhone

AIS is intended, primarily, to allow ships to view marine traffic in their area and to be seen by that traffic.

This requires a dedicated VHF AIS transceiver that allows local traffic to be viewed on an AIS enabled chartplotter. This is usually very expensive since a high end chartplotter can cost tens of thousands of dollars.

Now you can get a high end AIS chart plotter experience using i-Boating, an extremely popular marine navigation app on iOS, Android & Windows. It supports connecting to AIS receivers directly as well as via NMEA routers and track all nearby AIS targets.

AIS transceivers automatically broadcast information, such as their position, speed, and navigational status, at regular intervals via a VHF transmitter built into the transceiver.

The information originates from the ship’s navigational sensors, typically its global navigation satellite system (GNSS) receiver and gyrocompass. Other information, such as the vessel name and VHF call sign, is programmed when installing the equipment and is also transmitted regularly. The signals are received by AIS transceivers fitted on other ships or on land based systems, such as VTS systems. The received information can be displayed on a screen or chart plotter, showing the other vessels’ positions in much the same manner as a radar display. Data is transmitted via a tracking system which makes use of a Self-Organized Time Division Multiple Access (SOTDMA) datalink designed by Swedish inventor Håkan Lans.

You would have to refer to your AIS receiver manual to get the exact values. The application supports NMEA over both TCP & UDP. Here is a screenshot for how this looks like. 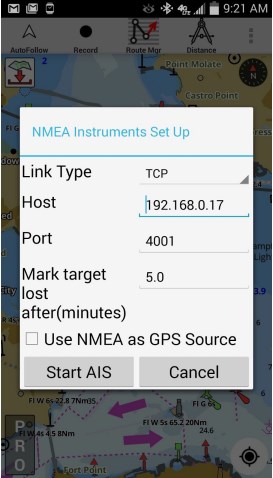 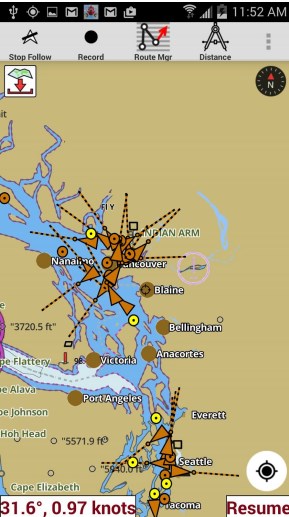 Puzzle games offer a fantastic level of excitement and we are often get addicted to such games available on the Google Play Store. The Word Search Puzzle proved to be a wonderful source of entertainment without creating too much troubles during the entire gameplay. Unlike many other complex games, this particular app offers a lite […]

When Encryption Applies To The Characters: Security In Form And Content

With the same features of a fully-functional keyboard app, Cipherboard brings a completely new approach to end-to-end encryption, without sending anything to the server and making sure that only the chosen recipient of the message will be able to decrypt it. Up to date, most of the apps that we use share what we type, […]

UX and UI for Mobile – Quick Tips to Rock

It is a fact that most accesses to websites and systems today come from mobile users – cell phones. Unlike the desktop, with large resolutions and lots of pixels of space, small screens are a limitation; the touch screen, as a new form of input and control, makes new UX and UI recommendations emerge for […]