Every day, the women and men of United Nations peacekeeping put their lives on the line. They protect some of the world’s most vulnerable people and help countries find a path towards peace—from South Sudan to south Lebanon, the Central African Republic and beyond. In many of today’s 14 missions, our Blue Helmets—the U.N. personnel on the ground—serve under dangerous and challenging environments. Last year, 61 peacekeepers were killed in action, a sharp increase compared to 2016. I honor their sacrifice, and condemn such unacceptable attacks. 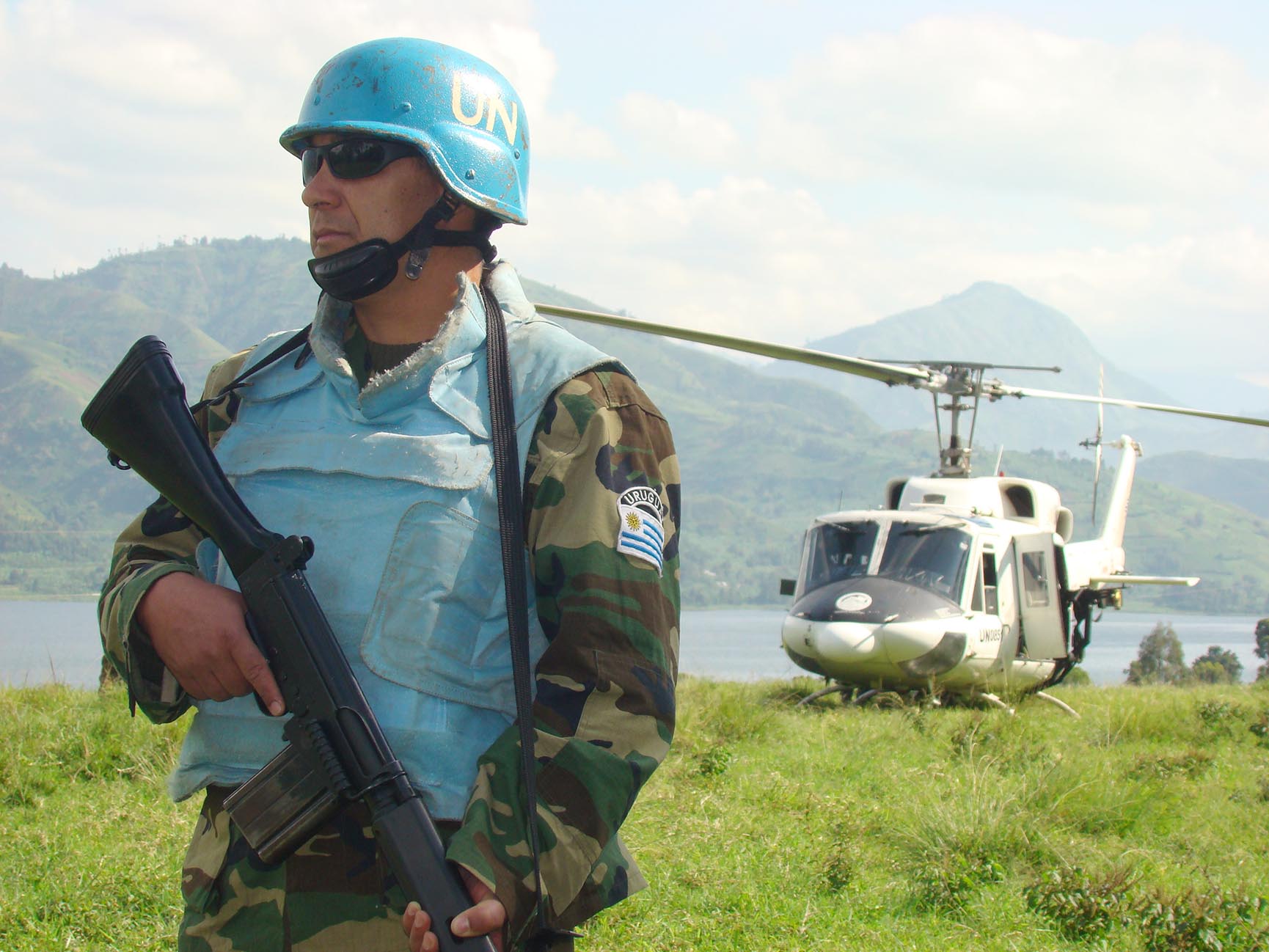 But it’s not enough to simply say how much peacekeeping matters or how dangerous it is; we need to show the reality of what we do every day, particularly in this year that marks the 70th anniversary of U.N. peacekeeping. We are proud to partner with Time.com to host a virtual reality film, Under the Blue Helmet, which offers a first-hand look at the work and daily lives of our uniformed and civilian peacekeepers in the Democratic Republic of the Congo as they go on patrol, reintegrate former fighters into society and protect the local population. The film shows how peacekeepers from all over the world are making a vital difference in the lives of people and communities.

We have seen the success of these efforts. This March, our Liberia mission completed its mandate, having disarmed more than 100,000 combatants, created conditions for the return of hundreds of thousands of internally displaced persons and refugees, and supported both elections and the reform of institutions that help to uphold the rule of law.

This follows the conclusion of the U.N. mission in Ivory Coast last year. When peacekeepers were first deployed in 2004, the country was split in half by a civil war; during the 2010 presidential elections crisis, more than 3,000 Ivorians were killed and 300,000 became refugees. Today, peace has been restored and the country is among the fastest growing economies in Africa. When properly equipped with the right strategies, sufficient resources and solid political support, U.N. peacekeeping works.

As we look to fortify peacekeeping for the future, I have put forward our Action for Peacekeeping initiative to refocus our work with realistic expectations; to make missions safer and more agile; and to mobilize well-structured, well-equipped, well-trained forces. We are engaging with host countries to end impunity when U.N. personnel are targeted and killed. And since some of our largest missions are deployed where peace processes have long been stalled or simply do not exist, the search for political solutions must also be reinvigorated.

We are also greatly strengthening efforts to prevent and respond to sexual exploitation and abuse committed by those serving under the U.N. flag. Our focus is on a victim-centered approach rooted in transparency, accountability and ensuring justice.

Our objective for every peacekeeping mission is to save lives; prevent mass atrocities; set the stage for stability and sustainable peace; leave when that task is done; and, from start to finish, be cost-effective. Success depends on the whole-hearted support of the Security Council, countries that contribute troops and police, host nations and regional organizations, including through the provision of the necessary financial and human resources.

Peacekeeping is an investment in global security and prosperity. As United Nations peacekeeping enters its eighth decade, we remain strongly committed to fulfilling our responsibilities to the people we serve.

Guterres is the ninth Secretary-General of the United Nations. He previously served as U.N. High Commissioner for Refugees from June 2005 to December 2015 and is a former Prime Minister of Portugal.

OnlineCovertFree – The Ultimate Online Platform to Convert Files into any Format

Having trouble converting your favorite files into different format? No worries we’ve got you covered. OnlineConvertFree is the best online website that provides you with top notch file converting services. You can convert your favorite files into any format without spending a single penny. The user interface of the website is very easy to use […]

The Digital Nomad Way of Life

Becoming a digital nomad has turned into a dream job in the last couple of years since the term, and the lifestyle, started gaining traction with millennials. The young and tech-savvy generations are putting their time and effort into startup businesses, which can also provide a sense of fulfilment and opportunities for personal growth. When […]

A new free API (apiphonenumber.com) is available to validate international phone numbers. This API was designed to improve on Google’s libphonenumber, a popular service for phone validation. Libphonenumber requires both a phone number and the country code. It was originally built to solve a common problem in the travel industry : booking confirmations via SMS […]